SFX makeup by Award-winning Irina Strukova (Crazy Rich Asians, Netflix, HBO) will make ballet devotees feel as though they have seen the beautiful Swan Lake for the first time!

My daughter and I were honored to have attended the show last night in Bristol Tn. It was absolutely wonderful… We loved it, I wished I could see it again… the dancers are amazing!! I would love to have met them all and thanked them Personally for such a wonderful performance…♥️

Went to the Pittsfield show last night. My daughter and I LOVED it. We were in awe of the beauty and talent. It was her first ballet, as well as my other guests, and they were blown away. Thank you!

I saw your performance in Winston Salem. Exquisite performance along with costumes and set designs! Such a memorable evening of dance! If any reader here even entertains the thought of going, GO! Thank you RBT for coming to my neck of the woods!

Just saw it last night in Roanoke, Virginia. It was absolutely wonderful! The costumes, sets, lighting, and of COURSE the beautiful and talented dancers made it a night to remember. Bravo!!

I got to see them 2nd row from the stage. The costumes were absolutely Brilliant!! I loved this production so much. I will be seeing them again!

It was the most beautiful performance I have ever seen. So glad I didn’t miss it…

I saw the show last night with my daughter at The Colonial Theater in Pittsfield, MA. It was a fantastic show. Wonderful dancers, beautiful costumes, and incredible sets. If you have the chance, do not miss The Russian Ballet !!

It was FABULOUS!!! The costumes are unbelievable and the cast phenomenal ♥️♥️♥️ 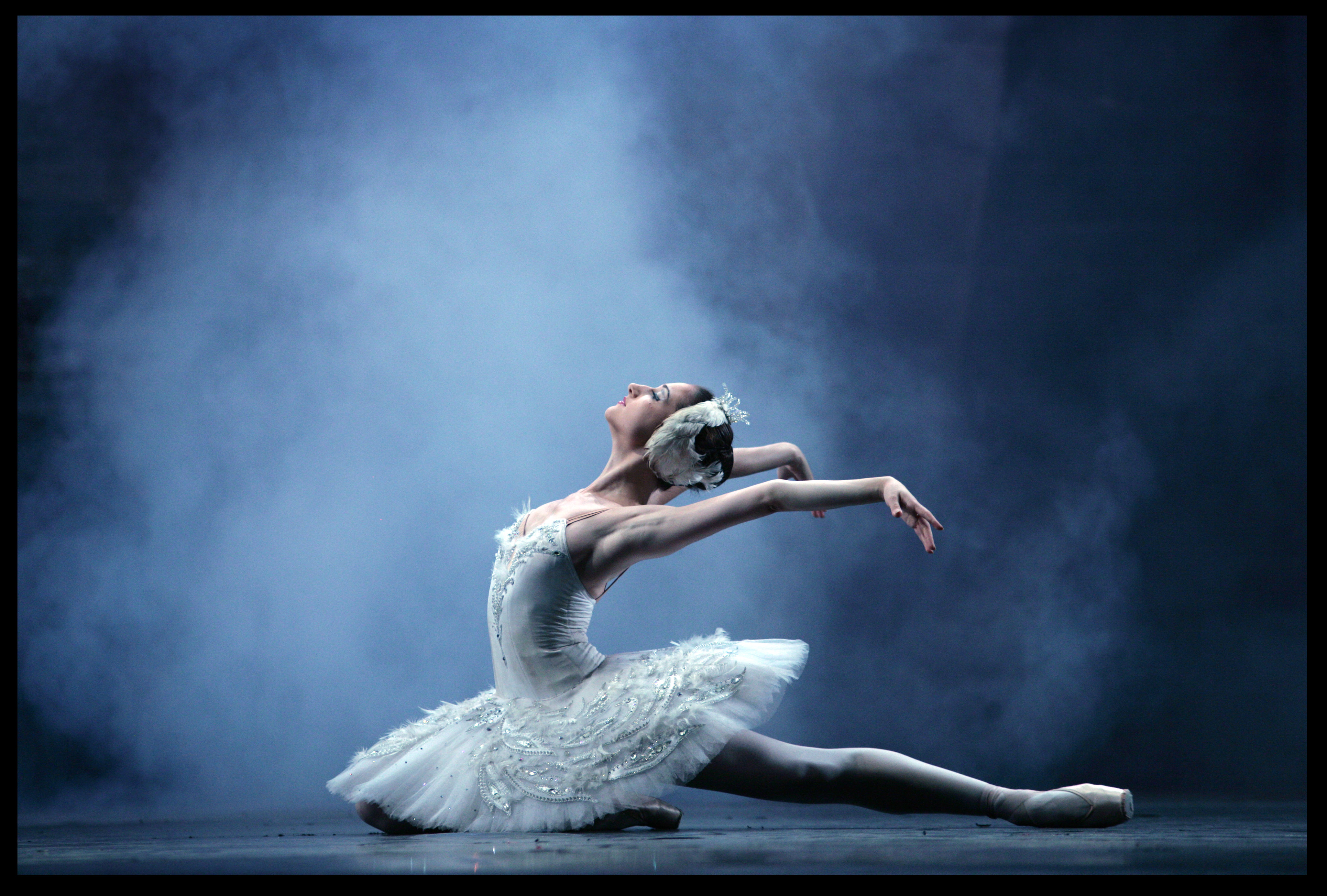 Princess Odette is taking a walk along the shore of the lake. She meets a mysterious stranger who frightens her. Rothbart is captivated by Odette's beauty and asks for her hand and heart, but the Princess refuses him. In anger, Rothbart turns Odette into a beautiful white swan. Now the only one who can save her is the one who will fall in love with her, take an oath of faithfulness and keep that oath.

Spring day. In the park of the ancient royal castle, Prince Siegfried is celebrating coming of age. Eligible young ladies of the Prince's court seek his attention, but he is not in a hurry to tie himself in marriage. Graceful dances of gentlemen and ladies are followed by Jester's funny performances. Siegfried's Princess-mother appears, accompanied by her entourage. She congratulates the Prince on his maturity and presents him with a crossbow. Siegfried is delighted with the gift. The Princess-mother retires with her entourage. The party continues, but the Prince gets bored, and he asks everyone to leave. Siegfried goes to the lake to hunt.

Prince is on the shore of a beautiful lake. The evil wizard Rothbart watches him. A flock of swans comes to swim in the lake. Siegfried is surprised to see that the swans are turning into girls. The swan queen Odette tells the Prince that she and her friends are victims of the evil sorcery of the wizard Rothbarth, who turned them into swans. Only at night, near this lake, can they take on human form. The terrible charms will continue until a man who has never sworn love to any girl loves Odette for life. Siegfried swears eternal love and faithfulness to Odette. But the evil sorcerer has seen everything and is already making a cunning plan on how to separate the two lovers. It's getting light. Odette says goodbye to her lover. The flock of swans swims away.

In the castle of the Princess-mother a big ball is held, dedicated to the Prince's birthday. At this ball, by his mother's will, Siegfried must finally choose his bride. Guests appear, brides show themselves off to the Prince. Mother asks Siegfried to make a choice. He hesitates. Suddenly an unknown knight appears with a beautiful daughter Odile. Odile, in every way emphasizing her resemblance to the swan girl, seduces the Prince. Siegfried makes his choice - convinced that Odette and Odile are one person, he declares Rothbart's daughter as his bride and swears eternal love to her. Rothbart and Odile laugh at him. A white swan is beating its wings on the window of the castle. Siegfried realizes his fatal mistake. In desperation, he rushes to the swan lake.

Lake shore. The swan girls are anxiously awaiting the return of Odette. In desperation, she tells them about Siegfried's treason. The evil wizard triumphed, and now the girls have no salvation. A storm begins on the lake. The Prince runs ashore, begging Odette for forgiveness. The evil wizard stirs up the natural forces against Odette and Siegfried. But the two lovers are not terrified by thunder and lightning, and the storm does not frighten them. The Prince fights with the keeper of the lake and defeats him. Epilogue. Evil charms no longer have power over Odette. The swan turns into a beautiful princess and together with Siegfried joyfully meets the first rays of the rising sun.